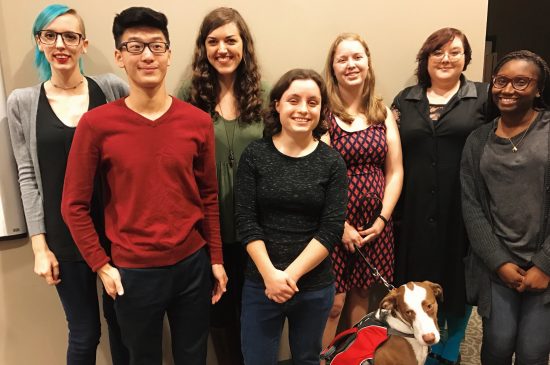 The Georgia Southern University Department of Writing and Linguistics is pleased to announce the winners of the 2017 Roy F. Powell Creative Writing Awards:

The winners and finalists will read at 7 p.m. on Wednesday, March 23, in IT 1005. Pride, Hardy, and Mangon will each receive a cash award of $100, a framed award certificate, and recognition at the University’s Honors Day ceremonies on April 5.

Named for the first creative writing teacher at Georgia Southern, the Roy F. Powell Awards for Creative Writing are offered by the Department of Writing and Linguistics to encourage and recognize excellence in creative writing. The annual competition is open to all Georgia Southern University students, both graduate and undergraduate. Click here for more information about the Department’s sponsored awards.

The Department of Writing and Linguistics is housed in the College of Liberal Arts and Social Sciences. The College of Liberal Arts and Social Sciences is the largest of the eight colleges that make up Georgia Southern University, and it plays a central role in every student’s core of knowledge. CLASS, also described as the University’s College of the Creative Mind, prepares students to achieve academic excellence, develop their analytical skills, enhance their creativity, and embrace their responsibilities as citizens of their communities, their nations, and the world.