Home > General > What Can I Do With My Philosophy Major?

What Can I Do With My Philosophy Major?

“[I]t’s the top humanities bachelors degree in their ranking—from early career all the way to later career. We hear again and again that employers value creative problem solving and the ability to deal with ambiguity in their new hires, and I can’t think of another major that would better prepare you with those skills than the study of philosophy. It’s not terribly surprising to see those graduates doing well in the labor market. We’ve seen quite a few executives—CEOs, VPs of Strategy—who studied philosophy as their undergrad program,” says Lydia Frank, the senior editorial director at PayScale.

Philosophy majors demonstrate their strengths in analytical thinking and verbal skills on graduate school admission exams like the LSAT and the GRE.

Over time, philosophy graduates do well financially because they’ve developed the skills that allow them to adapt and change as the work force does. On average, they end up making more than those with degrees in fields that are often seen as more “practical.”

The opportunities for careers in with a Philosophy degree are endless.

Instead of training for one particularly type of career, philosophy majors can branch out into a wide variety of areas. Thinking well and writing well can be transferred into many fields.

To see a full list of possible philosophy careers and more information on the major, see: http://students.georgiasouthern.edu/career/.

Career Services at Georgia Southern University can help the expected graduate or the already graduate reach out to employers and opportunities. Resources available by the department include job shadowing, internships, and eager companies who want to hire Philosophy majors.

For more information on their resources, see: http://students.georgiasouthern.edu/career/students/choosing-a-major-exploring-careers/what-can-i-do-with-a-major-in/english/ 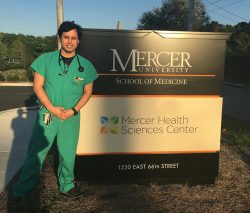 This is Andres Montes, he is in his third year of medical school at Mercer University after graduating from Georgia Southern with a Philosophy degree. He hopes to pursue a residency in Obstetrics and Gynecology with a chance of specializing in Maternal Fetal Medicine. Andres says that his degree in philosophy “enables me every shift to connect with my patients on a more humanistic level, bringing a deeper meaning to the work done each day in the pursuit of healing others.” 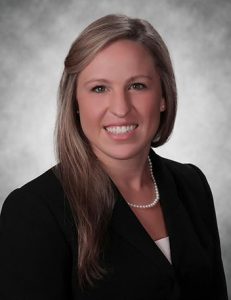 Following graduation from Georgia Southern, Ms. Swofford attended the Walter F. George School of Law at Mercer University in Macon, Georgia. In law school, Ms. Swofford was actively involved in the Association of Women Lawyers. Ms. Swofford was also inducted into Phi Delta Phi International Legal Honor Society. Ms. Swofford graduated in May, 2012 and was admitted to the Georgia State Bar in November, 2012.

In addition to legal practice, Ms. Swofford is actively engaged in the community. Deborah is a member of the Alpharetta Rotary Club where she serves the local, national, and international communities. Deborah is also involved in the Forsyth County Junior Service League and has served on the Board for multiple years. And, Deborah is passionate about working with the Leukemia and Lymphoma society through their Team in Training program to raise funds and awareness to battle blood cancers.

Did you know that the following people were Philosophy majors?