*NOTE:
Scholarship decisions are made in late March. April 3 is a non-scholarship audition day.

Sign up for KeyNotes, the Newsletter of the Department of Music 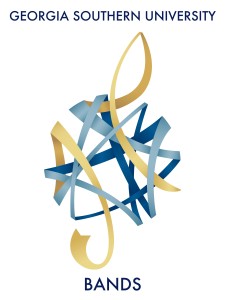 The goal of Georgia Southern Bands is to cultivate one of the best undergraduate-based wind band programs in the United States.

The Georgia Southern Bands Program’s faculty seek to create a rehearsal and performance environment built around the excitement of making great music together in a variety of venues and to cultivate an exceptional and collaborative spirit between students within each ensemble and between students and faculty.

The aim of the Georgia Southern Bands Program’s faculty is to foster an atmosphere within each of its ensembles that captivates and motivates all students to aspire to their own highest levels of musical and personal achievement and excellence and to want to become active partners in building and sustaining the entire program. 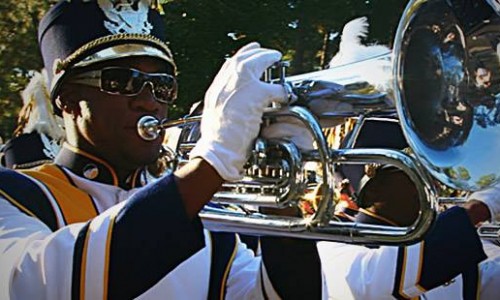 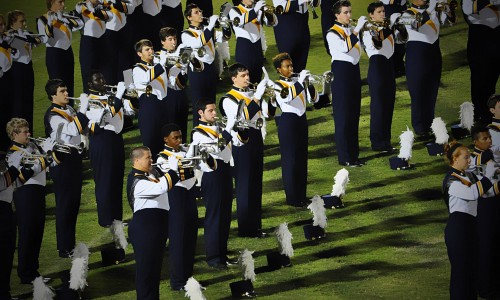 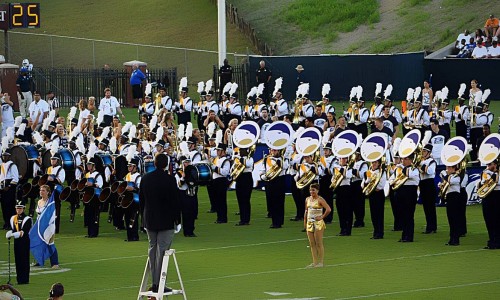 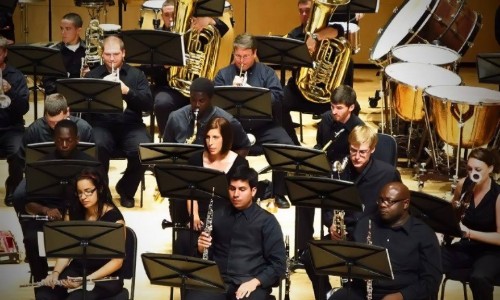 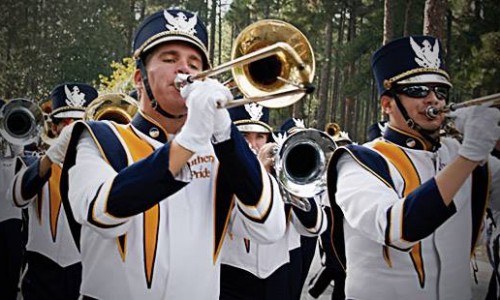 The Georgia Southern Symphonic Wind Ensemble is the most select of the concert bands, with a membership limited to 50-55 of the most accomplished woodwind, brass, and percussion performers on the Statesboro campus. Members of the Symphonic Wind Ensemble perform repertoire of the highest caliber, representing all musical style periods from the Renaissance through modern day, featuring works created by the finest composers for the historical and modern wind band.

The Symphonic Wind Ensemble typically performs two to three concerts each semester on-campus or regionally and regularly tours Georgia and the Southeast.

The Georgia Southern University Armstrong Wind Ensemble is the premier concert band on the Armstrong campus.  This ensemble has a long established reputation for exceptional performances of traditional, contemporary and new commissioned works.  Membership is by audition and open to any student attending the university. This ensemble is an ideal vehicle for the serious instrumental musician.  The Armstrong Wind Ensemble performs an average of four to five formal concerts a year in the beautiful Armstrong Fine Arts Auditorium.  Concert tours are scheduled periodically.

Contact Mark B. Johnson (mbjohnson@georgiasouthern.edu or 912-344-2682 of more information.

Our mission is to enhance the cultural climate of the Coastal Empire, provide a nurturing musical environment to talented musicians, and to enhance the music scholarship offerings for music students attending the Armstrong campus. Savannah Winds maintains and enjoys a partnership with the City of Savannah an active new music commissioning project, performing numerous world premiers.

For more information on Savannah Winds or membership contact Principal Conductor and Music Director-Mark B. Johnson  (mbjohnson@georgiasouthern.edu or 912-344-2682

The Wind Symphony fosters the highest performance standards while offering its 60-75 members the opportunity to expand their technical expertise and musical understanding. Programming for the Wind Symphony features challenging and engaging repertoire drawn from the rich musical tradition of the modern concert band.

Membership in the Wind Symphony is open, by audition, to all Georgia Southern students who demonstrate a proficient level of performance ability on wind and percussion instruments. Auditions for seating placement in the ensemble are held at the beginning of each term.

The 65-80 member University Band, which rehearses one evening each week during the Spring and performs one public concert, is open without audition to all Georgia Southern students and faculty members and musicians in Statesboro who have experience on a brass, percussion, or woodwind instruments and are interested in continuing to perform in a musically collaborative atmosphere.

The Southern Pride Marching Band’s home is Georgia Southern’s Allen E. Paulson Stadium. The band performs at all home football games, select out-of-town games and parades, and in exhibition at high school marching band contests throughout the state. Recently, Southern Pride accompanied the Eagles to away games at the United States Naval Academy, the University of Alabama, the University of North Carolina-Chapel Hill, and the University of Georgia. Additionally, Southern Pride performed at Turner Field for the 2013 Atlanta Braves Opening Day, and members of the drum line performed with country rock star Elizabeth Cook on the Late Show with David Letterman.

The Hoop Troop meets during the spring semester. Membership is by audition only.

Membership is by audition, and auditions are held during the first few weeks of the Fall semester. 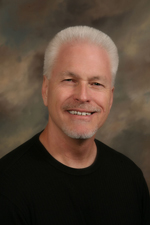 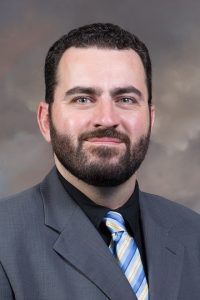 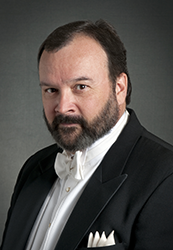