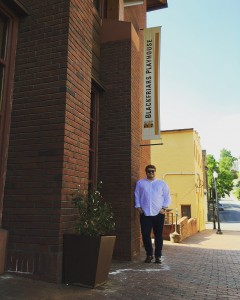 Joshua Temple (B.A. English 2016) just returned from a trip to Staunton, Virginia, where he participated in a program called “Shakespeare Intensive,” sponsored by Mary Baldwin College in partnership with the American Shakespeare Center.  Josh was among students from around the United States who studied Shakespearean texts and performance during this three-day event, most of which took place at the ASC’s Blackfriars Playhouse (pictured here).  The students worked with both scholars and actors as they studied everything from stage combat to monologues.  Josh, who graduated from Georgia Southern with a B.A. in English in May, starts work on his M.A. in English this fall. 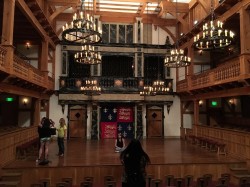