Bachelor of Arts in World Languages and Cultures, Concentration in French Studies

Format: In person on the Statesboro Campus and online
Credit Hours: 124

Get ready to speak French!

Get ready to speak the international language of fine art, fashion, cuisine, and theatre.

French is the only other language besides English that’s spoken on all continents. French is truly a global language. That’s why French is the second most frequently taught language in the world after English. French is also one of the two official languages of the United Nations, the European Union, and Nato.

Why Learn French at Georgia Southern? 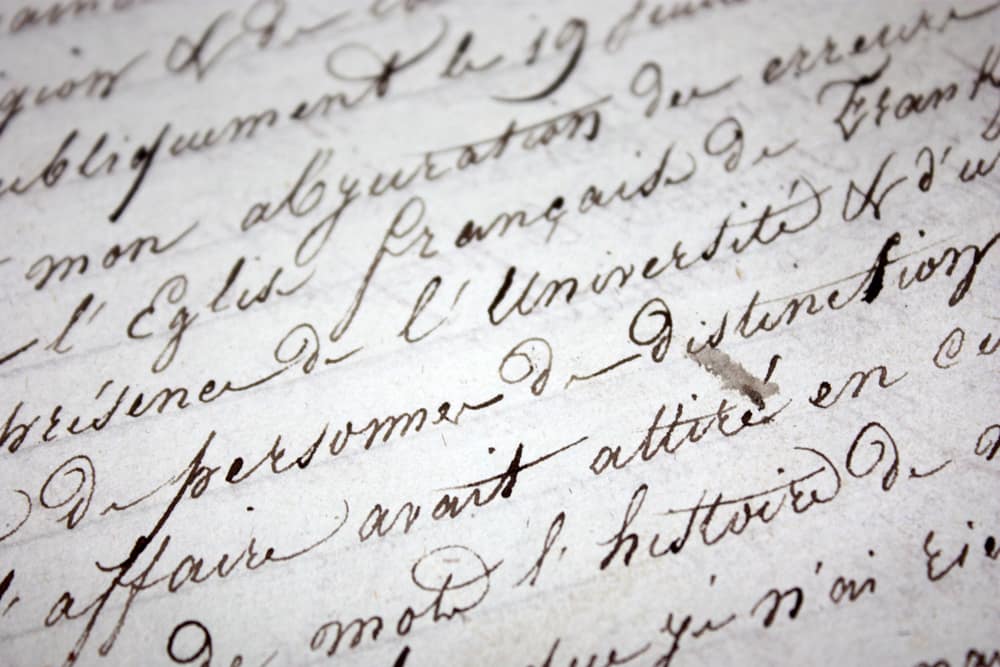 What Can You Do With a Major in French?

French speakers are in high demand in the Western world. If you have achieved fluency or professional working proficiency in French, you will have a leg up in the job market for many different positions such as:

Through studying French at Georgia Southern University, I was granted opportunities to learn and grow that have shaped who I am today. Working in the airline industry, being bilingual has proven to be extremely beneficial. From French passengers exploring the United States, Central and South America, and the Caribbean to Haitian passengers on flights back home, speaking French allows me to help make traveling an enjoyable experience for those who may not speak English fluently. As a student, I was fortunate enough to be able to study abroad in France twice. These opportunities sparked a love of travel that I am now lucky enough to do on a daily basis. Getting the chance to be a foreigner in an unfamiliar country taught me the importance of patience, tolerance, and independence. I learned first hand that we are all much more alike than we are different, regardless of race or religion. I am extremely grateful to my French professors, who served as influential mentors throughout my time at Georgia Southern. They prepared me for where I am today by encouraging my curiosity to explore, teaching me how to effectively communicate with target audiences with confidence, and encouraging me to embrace cultural differences.

Having a minor in French will allow you to communicate intra-, inter- and trans-culturally. You’ll be able to adapt to different environments, be more sensitive to diversity and think more critically.

The Bachelor of Interdisciplinary Studies (BIS) program at Georgia Southern University delivers a core curriculum with the freedom to choose from a variety of concentrations both on-campus and online. This multi-disciplinary degree is tailored to students interested in combining a liberal arts background with a flexible amount of specialization.

Learn More About the BIS >

Learn French Through a Study Abroad Experience in France

France is a beautiful country with medieval cities, alpine villages and Mediterranean beaches. It’s renowned for its wines and sophisticated cuisine. It’s famed for fashion, art museums such as the Louvre, and iconic monuments such as the Eiffel Tower. Lascaux’s ancient cave drawings, the medieval abbey of Mont-Saint-Michel, and the splendor of the Palace of Versailles attest to France’s rich history and culture.

The destination city of the study abroad program in France regularly changes to allow for exploration of France through multiple study abroad experiences to expand your understanding of the French language and culture.

Cities You Can Experience:

Rouen, the capital of the province of Normandy, is a port city of approximately 100,000 people on the River Seine, just north of Paris. One of the most prosperous cities of medieval Europe, Rouen still boasts a cobblestoned pedestrian center with half-timbered houses from the Middle Ages. Its rich history also includes the soaring spires of the Cathédrale-Notre-Dame, much painted by Impressionist artist Claude Monet, and the beaches of Normandy just north of Rouen, site of the heroic D-Day invasion by the Allied forces in 1944.

The Alliance Française of Rouen-Normandy is part of a global network of language institutes in 132 countries that offers students at all levels, including beginners, the opportunity to learn French through a communicative and interactive approach. Accredited by the French government, the Alliance Française provides a firsthand experience with the language and culture of France to people from all over the world.

Pi Delta Phi, the National French Honor Society, was founded at the University of California, Berkeley in 1906. It is the oldest national academic honor society for a foreign language in the United States. The Zeta Rho Chapter at Georgia Southern University began in 1970.

Membership gives you the opportunity to work alongside and interact with the most motivated students of French. Membership can also play an important part in your resume building, networking, and all-around professional development.

As a regular member of Pi Delta Phi, you can be eligible to apply for several generous scholarships ($4,000 – $8,000) for summer study in France and Québec. The annual awards are designed to enable undergraduate regular members of an active chapter to continue their studies of the French language and of the literatures and cultures of the French-speaking world.

Complete scholarship information, eligibility requirements and an application form are available on the national website. The deadline for regular members is October 1 and March 1.

The French faculty at Georgia Southern are very personable. They bring enthusiasm and varied instructional and assessment approaches to the classroom.

Our four faculty members offer a diverse range of perspectives and areas of expertise, such as contemporary culture, film, business, comparative literature or fantastic literature.

For all online programs:

Federal law requires colleges and universities to make certain disclosures to prospective students of these programs. These disclosures include information on the University’s authority to operate outside of Georgia, complaint processes, adverse actions, and refunds. For required disclosures in general with regard to online programs offered by the University, visit the Office of Legal Affairs website.