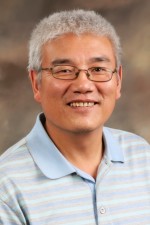 Zuotang Zhang is from northwestern China. His undergraduate major was English language and literature at Ningxia University, China, and he has a master’s degree in religious studies from Southwest Missouri State University (now Missouri State). He has completed course work for an M.A. in TESL at Minnesota State University, Mankato but did not get a degree due to an illness. He received his PhD in language, literacy and culture from the University of Maryland, Baltimore County in 2014. Zuotang has worked as a language teacher at various levels (elementary school, high school, community college and university) both in China and the United States. His research interests are broad in language, culture (Chinese folk practice) and education.

Zuotang has published prose essays, poems and short stories in Chinese and his academic work has been published in journals, anthologies and as book chapters in China. He was a columnist for a Chinese newspaper in Washington DC.