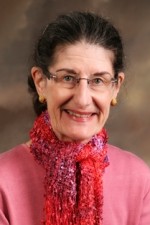 Clara Krug earned her B.A. in French (with a German minor and teacher certification) from James Madison University and her M.A. and Ph.D. degrees in French literature from Michigan State University.  Her comprehensive exams for the doctorate included Medieval Narrative Literature, Renaissance Literature, Baroque and Classicism, History of the Novel to 1850, and Existentialism.

She teaches all levels of French courses from the elementary to upper-division levels.  She has presented workshops related to proficiency-oriented instruction to teachers in school systems across the state of Georgia, in New Jersey and Rhode Island, at the annual convention of the American Council on the Teaching of Foreign Languages, and at sessions of the College Board’s Educational Equality Project.

Krug has published articles related to Francophone literature, composition instruction, and seventeenth-century French literature in Dimension, The French Review, and Romance Notes and has contributed chapters to books published by Greenwood Press and the Modern Language Association.  She has received grants from the Georgia Department of Education, the United States Department of Education, the Georgia Humanities Council, and the National Endowment for the Humanities.

The Georgia Conference of the American Association of University Professors presented Clara Krug with an award for her contributions to shared governance.  She has received awards for her contributions to teaching from the Carnegie Foundation for the Advancement of Teaching, the Foreign Language Association of Georgia, and the Governor of Georgia.  She served two three-year terms as a member of the Board of the Georgia Humanities Council, and a four-year term as a member of the Board of the Southern Conference on Language Teaching.

She enjoys cooking (both American and foreign recipes), keeping up with current events, seeing films (both domestic and foreign), taking walks, and watching Baltimore Orioles baseball.