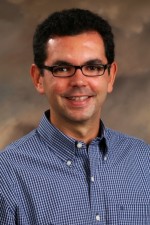 Dr. Hidalgo has taught all different levels of Spanish language courses, culture, and graduate classes in History of the Spanish Language, Medieval Literature, and Early Modern Literature. His enthusiasm for teaching has been publicly recognized by being among the twelve honorees for the University of Virginia’s Seven Society Award for Superb Teaching in 2005, and the conferral of the title of Honored Professor-Student Mentor by the University’s Class of 2007. Finally, he was the recipient of the CLASS Award for Excellence in 2009, which honors outstanding activity by faculty members early in their careers.