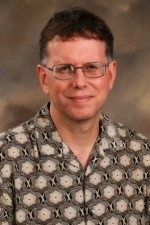 Dr. Joe Goldstein grew up in Birmingham, Alabama. He received his B.A. in English (1995) from Armstrong Atlantic State University in Savannah, Georgia, his M.A. in Spanish (1999) from Appalachian State University in Boone, North Carolina, and his Ph.D. in Romance Languages (2006) from The University of Georgia in Athens. He completed all requirements of the Certificate Program in Translation (2011) within the Department of Modern and Classical Languages at Georgia State University in Atlanta. He taught in Guatemala City, Guatemala at Colegio Interamericano as a secondary school English teacher (1996-1998), in Peru at Centro de Idiomas within Universidad Agraria La Molina in Lima as an English instructor (2001-2002), and began teaching Spanish at Georgia Southern University in 2007. He worked as a project manager for the translation firm TrueLanguage in Marietta, Georgia (2010-2011). Dr Goldstein’s wife, Ana, is from Peru. They married in 2002. Their daughter, Glory, was born in 2004.