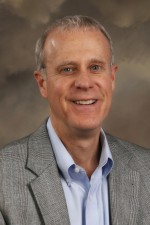 David Alley has been at Georgia Southern University since 1988, and is currently Professor of Spanish and Program Director for the Master of Arts in Teaching Spanish and the Master of Education in Spanish and French. He completed both his B.A. in Spanish and Portuguese at Macalester College in St. Paul, Minnesota and his M Ed and Ed.D. at the University of Georgia with a major in Foreign Language Education. His dissertation was an experimental study comparing the use of songs and spoken narratives as texts for listening comprehension in Spanish.

Dr. Alley has teaching experience in elementary, middle school, high school, and university settings. He has also taught in universities in Korea, Mexico and Honduras where he served as a Fulbright Scholar. Before coming to Georgia Southern he was Administrative Director of the University of Georgia’s English as a Second Language Program for seven years. At Georgia Southern Dr. Alley teaches introductory and intermediate levels of Spanish as well as courses in second language acquisition, foreign language methodology and foreign language research methods. Dr. Alley is a member of the American Association of Teachers of Spanish & Portuguese, the American Council on the Teaching of Foreign Languages, the Southern Conference on Language Teaching the Foreign Language Association of Georgia.

Dr. Alley’s primary areas of research are second language acquisition and Hispanic culture. He is currently conducting a year-long research study on student discourse in high school classes taught using the Total Proficiency through Reading and Storytelling (TPRS) method. Dr. Alley has published articles in Foreign Language Annals, Hispania, Afro-Hispanic Review, and Dimension.. He has presented over 100 papers at international, national, regional and state conferences. Dr. Alley has been recognized as Professor of the Year by the Foreign Language Association of Georgia and the Southern Conference on Language Teaching. In 2006 he received the Ruffin Cup, the highest award of the College of Liberal Arts and Social Sciences at Georgia Southern. In 2007 he received the Founders’ Award from the Southern Conference on Language Teaching and a Special Commendation from the Georgia State Board of Education.