The University is moving all classes online and closing its campuses due to Hurricane Ian starting at 1 p.m. on Thursday, Sept. 29. Please visit GeorgiaSouthern.edu/alert for more information and updates.

The French Section of the Department of Foreign Languages recently coordinated Georgia Southern’s 17th Annual For more information, please visit French Week, a national celebration of the francophone world’s culture, history, and diversity.  Approximately four hundred people from the campus community and beyond enjoyed presentations by CLASS faculty on Napoleon (Jeff Burson of History), Manet (Tiffanie Townsend of Art) and the youth of France (Virginie Ems-Bléneau of Foreign Languages), as well as a “Matinée Musicale” (Linda Cionitti, Michael Braz, and Tamara Watson Harper of Music) and a concert of French folk music (Jean-Paul Carton, Professor Emeritus, and Dominique Carton of Foreign Languages).  Other activities included two contemporary French films, a talent show in French (with participants from the United States, France, Morocco, Burkina Faso, and Gabon), a presentation on Haiti’s health care, and daily menus from the Dining Commons of classic French dishes.

Of particular interest this year was the participation of Philippe Broutin, a French avant-garde artist who was in residence for the entire week, thanks to a grant from CLEC. 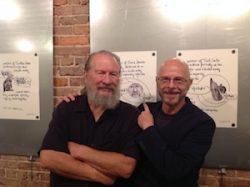 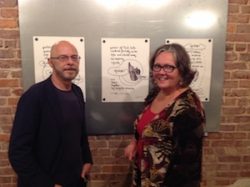 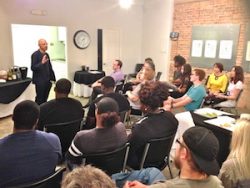 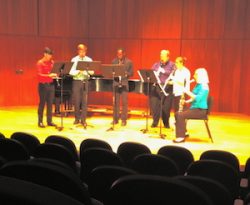 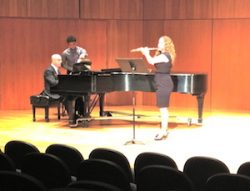 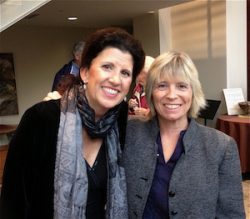