The Japanese Club, supervised by Dr. Noriko Mori-Kolbe, had a successful cultural event in the Russell Union on April 16th. Participants learned aspects of Japanese culture such as origami paper craft, the use of chopsticks, and traditional cloth wrapping techniques. About 40 students attended. 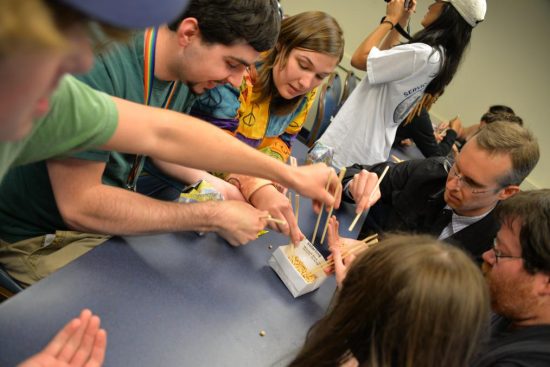 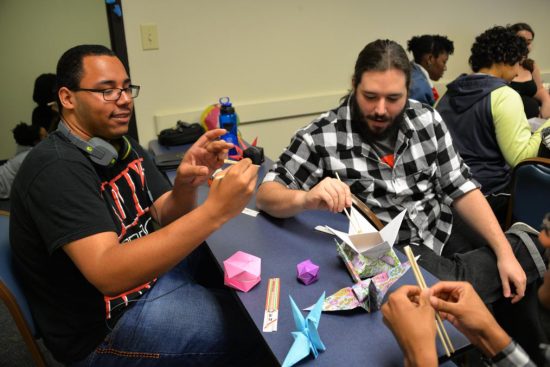