March 13-15, a delegation of 10 students and 2 faculty advisors (Youssef Salhi and Jacek Lubecki) from Georgia Southern University visited Converse College in Spartanburg, South Carolina, to participate in Southeastern Model Arab League (SERMAL). Model Arab League is a simulation event, which allows students to represent diplomats from 22 Arab countries that are members of Arab League. This was the first time in history that Georgia Southern University participated in a Model Arab League event (there are about 10 such events organized annually on a regional or national basis across the US and internationally by the National Council on US-Arab Relations.

Special thanks to the organizations that sponsored the trip: the Center for International Studies, the Student Government Association, and the Arabic Club. 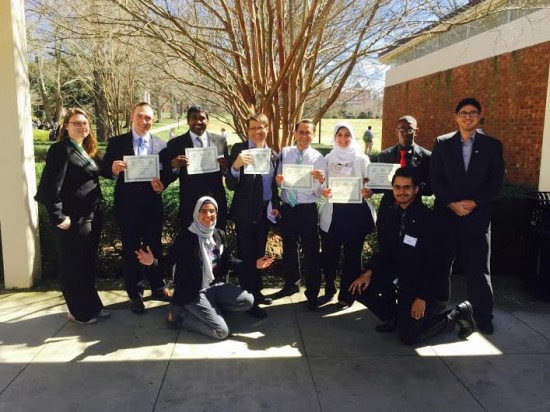