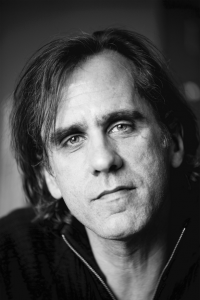 Georgia Southern University’s biannual Armstrong Visiting Writers Series will host a reading by acclaimed poet and 2017 National Book Critics Circle Award finalist James Longenbach for its Fall 2018 event. The reading will take place at Savannah Coffee Roasters, located at 215 W. Liberty St. in downtown Savannah, on Thursday, Oct. 4, at 7 p.m., and is free and open to the public.

“Through hosting poets and novelists who teach in graduate programs at universities in the southeast and beyond, the Visiting Writers Series exposes students to great writing while providing them the opportunity to interact with great writers to whose programs they might apply after graduation,” said William Belford, Ph.D., senior lecturer of English on the Armstrong Campus and director of the Visiting Writers Series. “Furthermore, in hosting the readings at a centrally located public venue, the series serves the local community and the campus community alike.

Longenbach, the Joseph Henry Gilmore Professor of English at the University of Rochester, is known for modernist and contemporary poetry. He is the author of the critical works Stone Cottage: Pound, Yeats, and Modernism (1988), Wallace Stevens: The Plain Sense of Things(1991), Modern Poetry After Modernism (1997), The Resistance to Poetry (2004), The Art of the Poetic Line (2008), The Virtues of Poetry (2013) and Lyric Knowledge (2018).

Earthling, which “confronts our deepest fears in clear and haunting language, from a poet of extraordinary gifts,” as noted by the American Academy of Arts and Letters, earned the 2017 National Book Critics Circle Award finalist nod.

Longenbach has also been published in The New Yorker, Paris Review and The New York Timesand was a recipient of the American Academy of Arts and Letters Award in Literature. In addition, he was awarded fellowships from Oxford University, the National Endowment for the Humanities and the John Simon Guggenheim Memorial and Andrew W. Mellon Foundations.

The Fall 2018 Armstrong Visiting Writers Series event is sponsored by the College of Arts and Humanities on the Armstrong Campus. Additional support is provided by the Department of Writing and Linguistics, Department of Literature and Gail and Mickey Rountree, in memory of their son Rhett Morgan Rountree, among other patrons of the series.