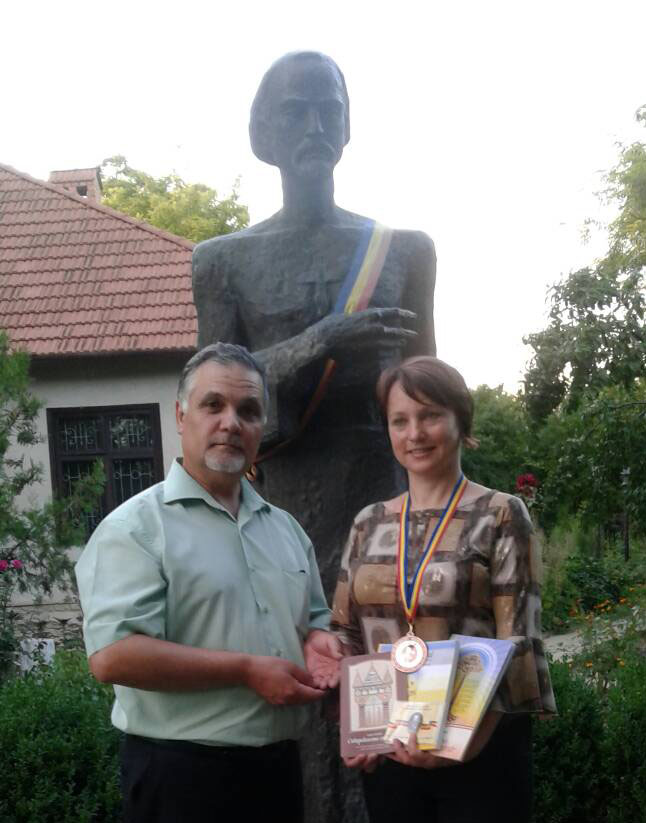 Hard work translates across all languages and cultures. Georgia Southern Foreign Languages Professor Olga Amarie, Ph.D., discovered this after being awarded the Alexie Mateevici Commemorative Medal in July from her home country, the Republic of Moldova, a landlocked country located between Romania and Ukraine.

Amarie received the award for her translation work in French, English and Romanian and promoting Moldovan cultural values abroad.

“I am very honored to receive such a distinction from my country,” Amarie said. “Even though my main area of research is 20th century French literature and film, I find myself contemplating translation activities very often. It is something that I do to stay connected with the culture that I was born in far across the Atlantic ocean.”

The medal, which is awarded for both literary and religious studies, is named for Mateevici (1888-1917), a poet, Greek language teacher and priest from eastern Bessarabia, which was once part of the Russian Empire but is now part of the Republic of Moldova.

Amarie’s award was based on collaborations with Rosemary Lloyd, Ph.D., Emanuel Mickel, Ph.D., Marie-Line Brunet, Ph.D., and Michael Dow, Ph.D., who assisted with numerous works, including books and graphical poems.

This year, she translated another Romanian book from Romanian into English with assistance from Georgia Southern English major Margaret

Geddy, and they are both currently looking for a publisher in the United States.

“My next challenge in translation will be poetry, translating free-verse poems and rhymes,”  Amarie said. “I do not know if I am ready though for the intricate structures of poetry.”