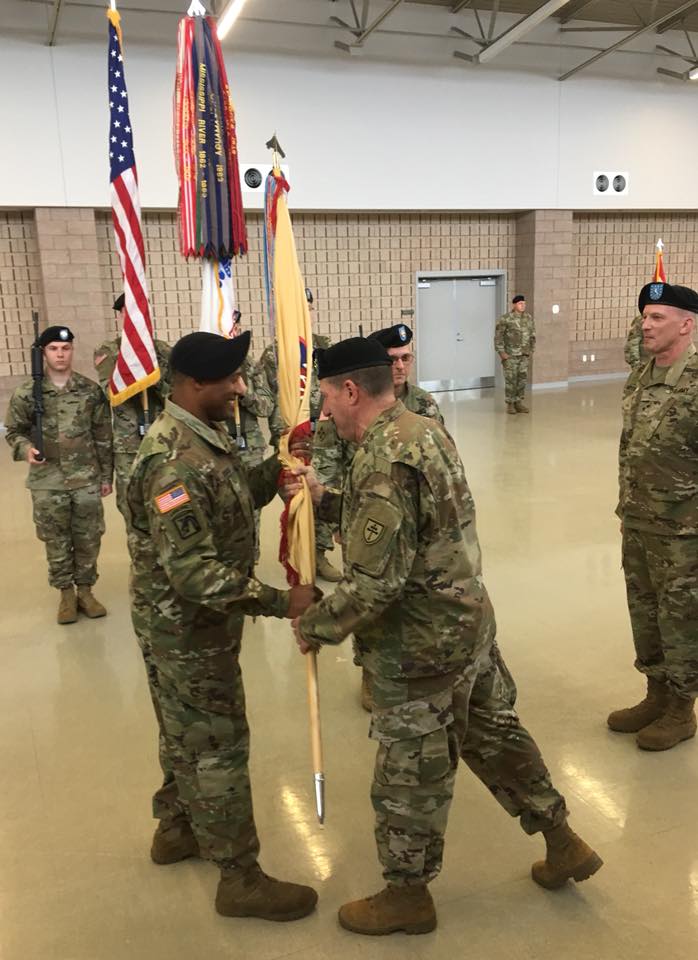 Selfless service is a good trait to have for any career, but it is at the forefront of the Army Reserve. Georgia Southern University alumnus Brig. Gen. Vincent Buggs was recently promoted to brigadier general in the Army Reserve, and he gives Georgia Southern a lot of credit for teaching him values such as selfless service, which have contributed greatly to his 28-year career.

Buggs, who graduated in 1990 with a history degree, is responsible for making sure forces stay ready for support globally as well as honoring requests for disaster relief from the president. He said Georgia Southern taught him to value himself as an asset to others.

“My time at Georgia Southern was life-changing for me,” Buggs said. “Georgia Southern taught me the value of being successful. The biggest thing was becoming a person of value and how people would value me and want to hire me. The whole atmosphere gave me some self-worth. The environment and the professors really helped shape my perspective on becoming a better person and bringing value to the world.”

As a brigadier general, Buggs is now in charge of more than 3,900 enlisted soldiers and more than 100 more enlisted civilians across Idaho, Montana, Utah, Oregon, Wyoming and Washington, where his home base is located.

“The 364th Sustainment Command (Expeditionary) is setting an azimuth for the 21st century and our readiness will be an important part in sustaining the force,” Buggs said. “As leaders, it is our responsibility to make sure every soldier is properly trained. We owe it to our soldiers to remember what got us here today will not be what we will need to move forward. We have to reshape the way we think.”

As a freshman at Georgia Southern, Buggs didn’t know exactly what path he wanted to take for his future. Buggs began his college career a journalism major but said his decision to change his major and declare a German minor led him to the military.

“I was journalism, but I switched to history,” he said. “It laid the foundation for me to join the military. It gave me a larger perspective of how the world works. German and history made me a holistic thinker.”

During his time at Georgia Southern, Buggs surrounded himself with good, influential people. Brig. Gen. Sean Gainey was in the Army ROTC with Buggs and graduated the same year. Lt. Col. Alonzo McGhee was also in ROTC with Buggs. Gainey and McGhee were also football players at the University, where Gainey was an All-American.

“If you look at the ROTC department back then, it is a real testament to the quality of the leadership and development coming through the program at that time,” Buggs said. “So many people helped me get by when I was at Georgia Southern.”

The two people who were most helpful during Buggs’ time in Statesboro were Jim and Helen Yates. He said it was easy to stay on the right path with guidance from the Yates family.

“When Jim and Helen Yates were in Statesboro, they were big supporters of me and Southern,” Buggs said. “They taught me a lot about why Georgia Southern was important. I stay in contact with (Helen), who is about 84 years old. They kept me focused on the prize, which was graduation.”

Buggs said the biggest things he took away from Georgia Southern were the lessons learned.