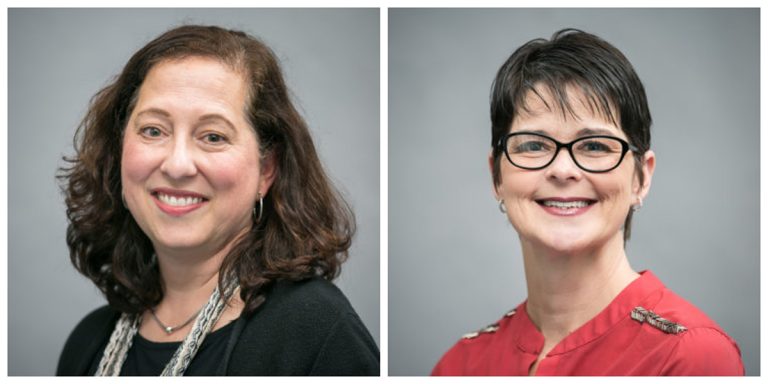 Jennings explored the various reasons humans fear speaking in front of an audience and shared ways to help overcome that fear. She drew on the power of research-backed inoculation messages, or pre-emptive messages designed to prepare individuals for possible challenges.

Nelson, a high-school dropout and mother at 16 who returned to pursue a formal education at age 40, shared her personal story of overcoming an intense fear of rats while working as a Georgia Southern research assistant, and how her new-found closeness to the animals changed the way she sees human behavior.

“As humans, even the most nurturing and animal-loving of us think of ourselves as being pretty high on the evolutionary ladder, and in a lot of ways we are,” she stated. “But one of the things I learned about working with rats is that our higher-order thinking and consciousness puts a greater burden of caring for others on us. Can you imagine what it would be like to not be able to communicate with the only other living species you interact with?”

Specifically, she was referring to Rizzo, a rat she cared for in the lab, who employs body language and behavioral cues to communicate.

“How this translates to us as humans interacting with each other, that’s the lesson that Rizzo and his brothers taught me,” Nelson said. “When humans interact or respond to each other we respond to situations from our own perspective. The lesson for me was in acknowledging that Rizzo’s awareness comes from a different experience than mine. What I learned is that we could reach deeper within ourselves than our spoken or written language.”