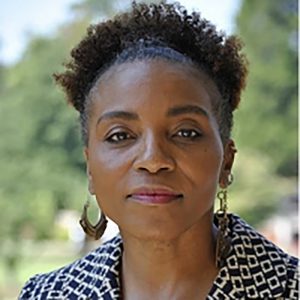 The Georgia Southern Betty Foy Sanders Department of Art (BFSDoArt) will host artist and philosopher Nancy Bookhart, MFA, for an artist talk on the Statesboro Campus, Feb. 28 at 5 p.m. in Arts Building, room 2071.

Based in Augusta, Georgia, Bookhart has presented her work at venues across the United States and Europe on such topics as the work of African-American contemporary painter Kara Walker, artists of the Harlem Renaissance and the relationship between ritual and repression.

For her artist talk at Georgia Southern, Bookhart will discuss her work and career as a dual practitioner of both art and philosophy as well as the topic of “Art and Anticipation in Revolutionary Times.”

“Nancy Bookhart is among the most charismatic speakers I have ever encountered in a public venue,” said Jason Hoelscher, director of the BFSDoArt galleries and the visiting speaker program. “As an artist and African-American woman active in the still largely male-dominated field of philosophy, not to mention a preacher for a number of years, Bookhart brings with her a great diversity of background and ideas. This spectrum not only influences the intensity of her delivery, but also prompts in the listener new ways of considering ideas, as they relate across a range of viewpoints not typically brought together in combination.”

Currently, Bookhart is a professor of art at Paine College in Augusta and is actively involved in her work and community. Bookhart started the Museum Initiative at Paine College and is working to install a museum of art at the college. Bookhart also has collaborated with other national and regional artists for a touring exhibition as part of the Nina Simone Project, which honors the legacy of artist and civil rights activist Nina Simone, and aims to encourage gifted children to achieve their absolute potential.