Georgia Southern Professor’s Film to be Broadcast Nationally on PBS 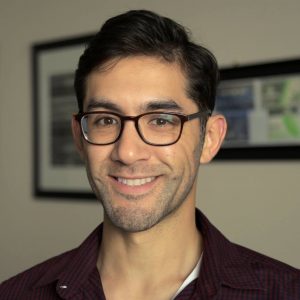 For some, tracing their family history goes as far as an online search, but for Georgia Southern multimedia film and production Assistant Professor Matthew Hashiguchi, it meant speaking with family members to uncover and preserve his family’s legacy.

When Hashiguchi arrived at Georgia Southern in 2015, he had already been working on a documentary regarding his family history for three years.

“I always tell my students that stories are passion projects, and you have to spend two, three, four, five years of your life on them,” said Hashiguchi. “It’s important if you’re going to spend a big chunk of your life on something that you’re passionate about it. I view my work as a lifestyle. Teaching isn’t just a job. I enjoy passing that knowledge down to people who want to listen. And I like hearing people’s stories as well.”

Passing knowledge and passion onto his students is why Hashiguchi is a professor, but being able to pass them onto a much larger audience is why he is a filmmaker.

In “Good Luck Soup,” Hashiguchi spends time with his grandmother learning about their Japanese heritage and experiences that influenced the lives of family members before, during and after World War II. He tells his story of growing up mixed race in a predominantly white Midwestern neighborhood through interviews with family members, home movies and photos, and narration.

“I’ve seen films on World War II internment camps, but they were always dated,” explained Hashiguchi. “For me, my perspective was that I grew up Japanese-American in the Midwest. No one ever told that story or what happened after the internment camps closed, so I think it was more about what I didn’t see. I didn’t hear stories that aligned with mine, so I thought, ‘Here’s an experience. There are many people like myself who are experiencing the exact same thing,’ and I wanted to explore that.”

Not only did Hashiguchi create a film about his family and their experiences, he also created a website with more than 100 other people’s experiences. The interactive site features a collection of stories that have been uploaded from the public or documented and gathered by his team in a sequence of seven chapters. Each chapter is a self-contained story, but when viewed together, the chapters reflect universal narratives of immigration, integration and identity.

“This experience is becoming more relevant to Georgia every single day,” said Hashiguchi. “The Asian-American population is the fastest growing race in the United States, and the majority of that is happening in the South, so this experience is going to become more and more relevant as the days and years go by.”

Hashiguchi’s documentary, “Good Luck Soup,” will have its U.S. television premiere Tuesday, May 9, at 8 p.m., on PBS World Channel as part of the new season of public media’s America Reframed.

“It’s a first for me,” said Hashiguchi. “I’ve never had anything broadcast nationally. It’s very exciting and very rare.”