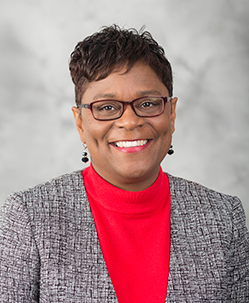 She will receive the award, a commemorative bronze medallion along with a $12,500 stipend, at the university’s commencement ceremony in Winston-Salem, N.C. on May 19.

“I am extremely humbled to have been named a recipient of this prestigious award,” Wiggins told WSSU.edu. “I am grateful for the opportunity to engage with students both in and out of the classroom. This award is a reminder that the important work we do on the 17 constituent campuses of the UNC system does not go unnoticed.“

After receiving her B.M. degree in Music Theory and Composition and M.S.T. in Music Education from Georgia Southern, Wiggins received her Ph.D. in Curriculum and Supervision from the University of Iowa in 1997.

Wiggins has served WSSU for 16 years and is an associate professor in the Department of Music.

The award was created by the University of North Carolina Board of Governors in 1994 to identify and reward good teaching at each of its 17 campuses.

She currently teaches music activities and principles and methods of teaching music in the elementary classroom for pre-professional music educators and supervises pre-clinical and clinical student experiences at WSSU.

Wiggins is a native of Savannah, Ga., and a 1975 graduate of Windsor Forest High School.