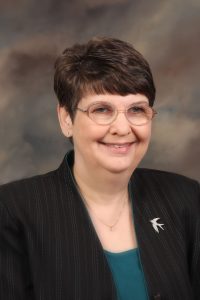 Anastatia Sims, Ph.D., from the Department of History will deliver the first of five lectures in the series and will discuss the history of the women’s right movement and its implications today.

“In the late 1700s as cries for liberty, equality, and recognition of the inalienable rights of man swept across America and Europe, Mary Wollstonecraft raised her voice in defense of what seemed to many the most revolutionary idea of all,” Sims said.

Sims will focus on two works (Mary Wollstonecraft’s “A Vindication of the Rights of the Woman” and Elizabeth Cady Stanton’s “Address to the Legislature of New-York, Adopted by the State Woman’s Rights Convention”) that are among 30 rare and first edition works from the Remnant Trust that will be on display throughout the spring semester at the Zach S. Henderson Library.

“’When A Vindication of the Rights of Woman’ was published in 1792, the belief that women were inferior to men was so firmly entrenched in law, religion, and custom that few people dared to imagine a society in which gender equality was the norm. Wollstonecraft ignited a debate over ‘woman’s place’ that still echoes today,” Sims said.

For more information on the 2017 Great Minds Lecture and to view a full schedule of the lectures please visit cah.georgiasouthern.edu/greatminds.

The Remnant Trust was founded in 1997 and is a Non-Profit 501(c)(3) organization. The Trust makes available to the general public a world class collection of manuscripts, 1st and early edition works, for use in original form. The mission of The Remnant Trust is to elevate educational standards & the public’s understanding of individual liberty & human dignity through the precedent setting, hands on availability of the world’s great ideas in original form. For more information on the documents on display at Georgia Southern University please visit georgiasouthern.libguides.com/remnanttrust.