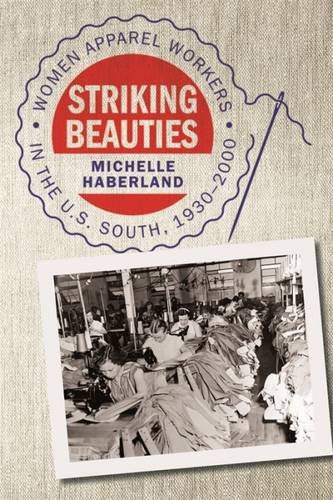 The H. L. Mitchell Award is given for the best book published on the southern working class.

The H. L. Mitchell Award is given in recognition of a distinguished book concerning the history of the southern working class, including but not limited to industrial laborers and/or small farmers and agricultural laborers.

Her book examines the apparel industry’s impact on gender transformation and Southern economic development from its greatest expansion in the south in the 1930s to the demise of its southern branch at the end of the twentieth century.

Jessica Wilkerson, Ph.D. noted in her review for the journal Labor: Studies In Working Class History of the Americas that “Striking Beauties works well as an overview of the southern garment industry, as it traces the industry from expansion in the southern United States to its move to the global South. It also serves as a jumping-off point for scholars who want to delve more deeply into the labor policies, work and gender cultures, and business models of the apparel industry.”

Haberland is an Associate Professor of History at Georgia Southern University and previously served as the Director of Women’s & Gender Studies. She holds a Ph.D. from Tulane University (2001) and joined the Department of History in 2002.