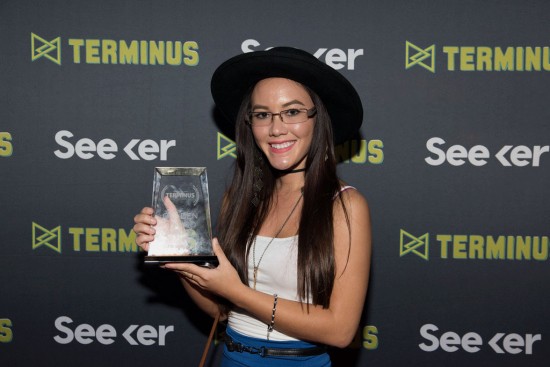 Huston is a Department of Communication Arts student. and her film was also nominated for Best Drama.

In Southern Mentality a woman shares her story about sex trafficking, and it can be viewed at http://bit.ly/292OmxK.

Terminus is the culmination of the Campus MovieFest, a traveling film competition for college campuses across the nation. The Campus Movie Fest came to Georgia Southern in the fall and aired the student films on Oct. 11 at the Carol A. Carter Recital Hall.

The conference featured over sixty workshops and panels from industry experts and provided networking opportunities for students.