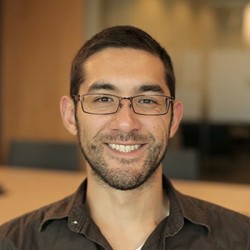 His film documents his family’s experiences of being Japanese in America before, during, and after World War II. It explores several generations assimilating into a new culture while preserving their own.

Hashiguchi joined Georgia Southern University in the fall and holds a M.F.A. from Emerson College.

For 36 years, the Center for Asian American Media has curated, created, and supported extraordinary documentaries and independent filmmakers through stories intended for public broadcast and public media. They have awarded nearly $5 million to over 300 projects by and about Asian Americans.

The Documentary Fund Awards is run by the Media Fund Department at CAAM. Funding is made possible with support from the Corporation for Public Broadcasting.