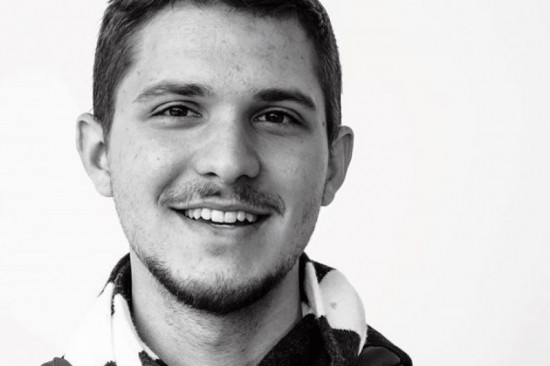 For a Moment is a drama focusing on the constructs of a relationship in fringes. It’s about the fights and struggles to stay together.

For Him is a dark thriller about a man who has lost a loved partner due to the “close minded” nature of society. The main character interrogates suspects to find his partner’s whereabouts.

“I wore many hats in both films, as most indie filmmakers do,” Warnock said. “In For a Moment, I was the main camera operator and art director. I am happy to say the film won awards for best actors. In For Him, I was set director, special effects, make up, and art director once again. I had hands in setting up lights and deciding color and the direction and intensity of lights.”

These short films were originally made for the Campus Movie Fest, a traveling film competition for college campuses across the nation. The Campus Movie Fest came to Georgia Southern in the fall and held their information session on Sept. 30 and just a couple weeks later aired the films on Oct. 11 at the Carol A. Carter Recital Hall.

The film crew won the film competition at Georgia Southern, and the two films ranked high on the online viewership leaderboard. For a Moment ranked second, and For Him ranked third with nearly a 1,000 combined views.

The films were also sent to compete at the national competition at Terminus. Terminus celebrates the top Campus Movie Fest filmmakers with educational workshops, screenings, and awards. Terminus will be hosted in Atlanta this June.

His time as an art student at Georgia Southern helped prepare him for various roles in filmmaking.

Warnock noted that “Studying classical paintings and what compositions work to give certain emotional aspects to be taken away from the piece. Studying color theory has played a huge role in understanding emotional implications of light on subjects and sets. I’ve learned a lot about painting and sculpting which I can directly apply to special effects make up. Also, being behind a camera has been greatly influenced by my experience in photography both through BFSDoArt’s photography program and more from my job experience at the George-Anne as a photographer.”

The Cannes Film Festival is an annual film festival in its 69th year held in Cannes, France. It features new films of all genres from around the world and is considered the most prestigious film festival in the world.

The short films will air at the Cannes Film Festival in the Short Films Corner. The films will be available for view in their own viewing room where participants can watch in solitude away from the busy festival.