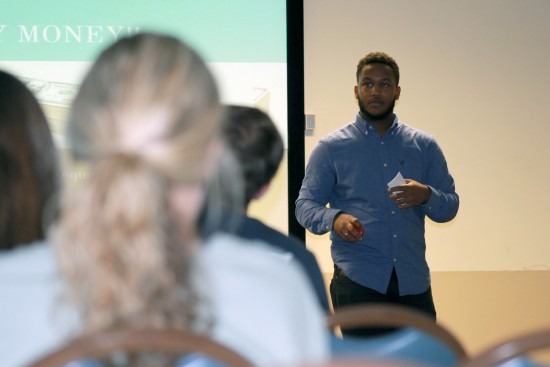 Top first-year students presented research on a variety of topics from how combat and cars and highways will look in the near future to income inequality in America at the Spring 2016 Student Inquiry Forum on Wednesday, April 27 in room 2047 of the Russell Union.

The forum showcased the top-rated presentations, as voted on by the students, of 14 ENGL 1102 sections.

Each student in the class completed research on topics in his or her area of study, wrote and submitted conference proposals, and produced a video presentation.

The forum was started by five Department of Writing and Linguistics Instructors named the What IFF? Teaching Group in 2010 and was designed to invite first-year students to join the academic community by contributing their own intellectual work.