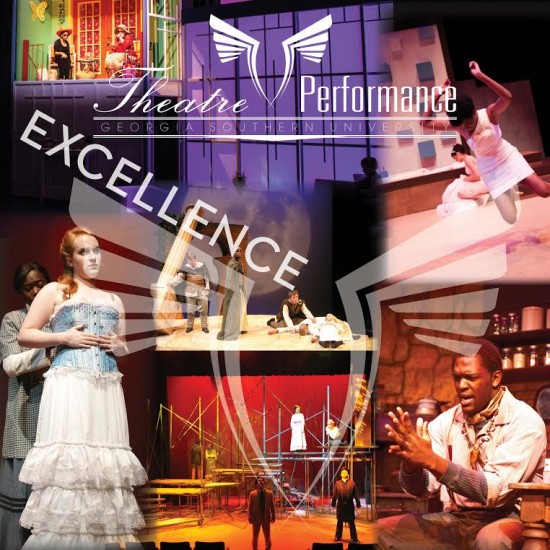 The Theatre and Performance Program at Georgia Southern University recently received word that it was granted full membership in the National Association of Schools of Theatre (NAST).

The Theatre and Performance Program previously held associate memberships in NAST for five years and is now one of a select group of universities in the United States to have received full membership.

“This accreditation body is setup to highlight what you are good at and what you are cable of doing,” Kelly Berry, M.F.A., Director of Theatre at Georgia Southern University said. “From the beginning till now, we cleaned up curriculum a good bit. There is a good bit more rigor in academics that has taken place over the past five years.”

Full membership was voted on by the NAST committee members in March after a site visit to Georgia Southern in November.

“The site visit this November was showing that we have taken all these steps over the past five years,” Berry said.

The march towards full membership started over seven years ago with a 200-plus page self study, a five-year plan, and a consultation visit before the first site visit by NAST.

There are around 3,500-4,000 degree/certificate programs in the United States of which only about 400 of them are members of NAST.

The Theatre and Performance Program is housed in the Department of Communication Arts and has a long-standing reputation for excellence in artistic achievement among industry professionals. The program provides students with opportunities to perform, design, and direct in two state of the art performance facilities.

NAST, founded in 1965, is an organization of schools, conservatories, colleges, and universities. It establishes national standards for undergraduate and graduate degrees and other credentials.