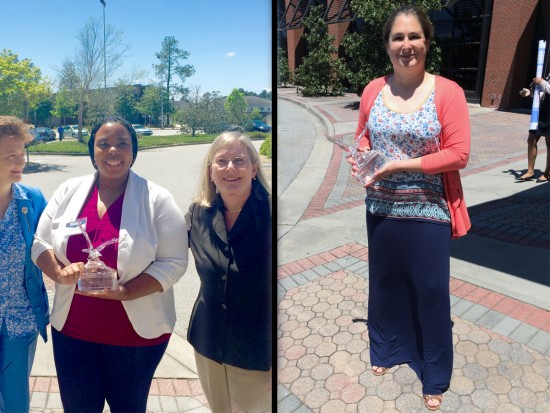 Heidi Moye and Desiree Riley received two of the three Averitt Award for Excellence in Graduate Research and Instruction at the 2016 Research Symposium.

Heidi Moye, graduate student in the Department of History, received the award for excellence in research.

Desiree Riley, graduate student in the Department of Literature and Philosophy, received the award for excellence in instruction.

The Averitt Award is the highest honor bestowed upon graduate students within the Jack N. Averitt College of Graduate Studies. The award is presented in two categories, excellence in research and excellence in instruction, and carries with it a $1,000 prize.