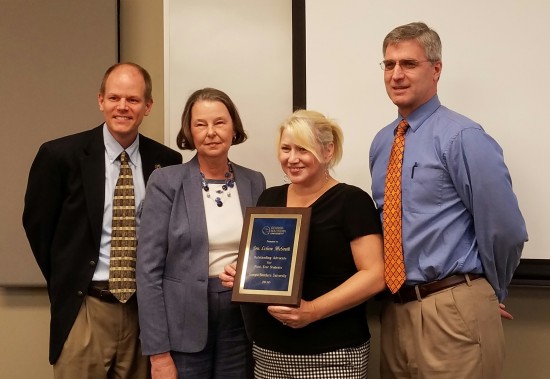 Dr. Leticia McGrath was named the winner of this year’s Outstanding Advocate for First-Year Students award.

McGrath has been actively involved in the FYE program in a variety of ways for many years, and has often been nominated by her students and peers for the award.

This year, in particular, her honors section of FYE advocated for her.

Dr. Chris Caplinger, Director of FYE, and Provost Diana Cone, were among those in attendance in her honors class to applaud her as she received the award.