History Professor Wins Award for Book on the Texas Revolution

Matamoros and the Texas Revolution explores the importance of the Mexican city Matamoros, located just across the Rio Grande and on the modern-day border of Mexico and Texas, and its impact on the 1836 Texas Revolution. 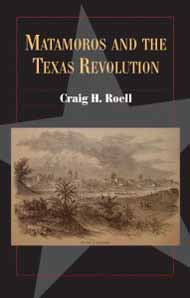 Roell is a Texas native and received his Ph.D. from the University of Texas in 1986. He has won several awards for his teaching at Georgia Southern including the Ruffin Cup from the College of Liberal Arts and Social Sciences and the Georgia Southern University Award for Excellence in Teaching. He has twice been named the Wells/Warren Professor of the Year, presented annually by members of the Gamma Beta Phi honor society.

Roell is also the author of Remember Goliad: A History of La Bahia, The Piano in America, 1890-1940, and Lyndon Johnson: A Bibliography, Vol. 2.

The Presidio La Bahía Award seeks to promote research into Texas heritage and the influence of the Spanish Colonial period on Texas culture, laws, customs, architecture, religion, and art.