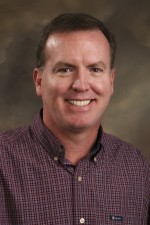 Michael McGrath, Ph.D., was profiled in the Spanish newspaper ElAdelandado.com. The article describes the origin of Mike’s passion for the city of Segovia and highlights several of Mike’s publications that focus on the region. As a member of the Royal Academy of San Quirce, Mike, or “Don Miguel,” has been invited to discuss his latest book at the Academy in Segovia in early January.
http://www.eladelantado.com/noticia/ultima/222598/de_las_antiguas_fiestas_de_segovia
Share: