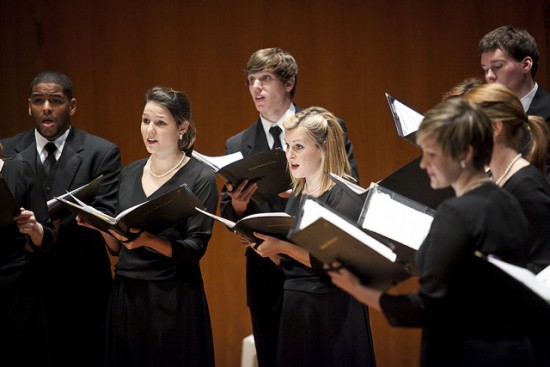 Georgia Southern University’s Department of Music will host the Southern Invitational Choral Competition and Festival on Friday, Oct. 23. This is the inaugural year of the state’s competition, which features some of the top high school choirs from across Georgia. Choirs will perform periodically throughout the day from 10 a.m. through 6 p.m.

The event will be capped off by the Gala Awards Ceremony beginning at 7:30 p.m. in the Performing Arts Center on campus.. The panel of nationally-recognized choral adjudicators will award several outstanding groups from the competition, leading up to the awarding of the Grand Prize. A highlight of the Gala will be performances by Georgia Southern University’s choral ensembles, including the Southern Chorale.

Admission to the competition and Gala Awards Ceremony is free and the event is open to the public. All choral events will be held at Georgia Southern’s Performing Arts Center, 847 Plant Dr., Statesboro, Ga.