Home > About the SPMB > Faculty

Prior to his appointment at Georgia Southern University, Dr. Dunham served for five years as Fred and Dinah Gretsch School of Music Chairman and ten years as Director of Instrumental Studies at California State University, San Bernardino. Before moving to California in 1996, Dr. Dunham held positions as Director of Bands at the University of Wisconsin – La Crosse, Northern Michigan University, Missouri Western State College, and taught instrumental music in the public schools of Wyoming and Utah.

Between 1990 and 1996 Dr. Dunham served as a tenured trumpet player and the Assistant Conductor of two regional, professional orchestras – the St. Joseph Symphony Orchestra, and the La Crosse Symphony Orchestra. And, in 2003 he founded the Inland Southern California Chamber Players – a professional ensemble dedicated to the performance of chamber music composed since 1900.

As a guest conductor, clinician and adjudicator, Dr. Dunham has traveled throughout the United States, Canada, and Mexico. He is the CBDNA Western/Northwestern representative to the New Music Commissioning Committee, Chairman of the Artistic Committee for the San Bernardino Symphony Orchestra Board of Directors, and Past Vice President for Music Lists and a member of the Festival Adjudication Steering Committee for the Southern California School Band and Orchestra Association.

Dr. Daniel Haddad serves as the Associate Director of Bands and the Director of Athletic Bands at Georgia Southern University where he directs the Southern Pride Marching Band, Wind Symphony, and Pep Bands.  He also teaches marching band techniques and graduate drill writing and arranging.

Dr. Haddad received his Ph.D in Education with a cognate in Curriculum and Instruction and an emphasis in music education and wind conducting from Kansas State University, a Master of Arts with an emphasis in music education and instrumental conducting from Florida Atlantic University, and a Bachelor’s of Music Education and Bachelor’s of Arts in percussion performance from the University of Washington.  In addition, he spent seven years as the Director of Bands at Cheyenne High School in North Las Vegas, Nevada where his groups traveled and performed at a high level throughout the United States. 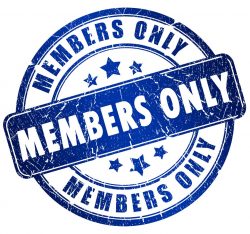