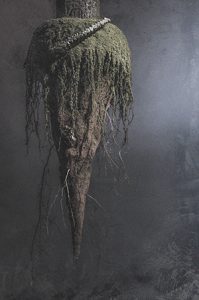 Nikolaus James, a current graduate student at the Betty Foy Sanders Department of Art, will have work on display at PhotoPlace Gallery in Middlebury, Vermont. The exhibition is titled Fictional Narrative. The Exhibition will be displayed December 6 – January 5. More information can be found at photoplacegallery.com.

James was born in Melbourne, Florida, and currently resides in Statesboro where attends Georgia Southern and holds the position as gallery assistant at the Center for Art and Theater. From the Fall of 2015 to the Summer of 2017, James served as the Photo Lab Teaching Specialist at the University of North Florida, where he also earned his Bachelor of Fine Arts degree with a concentration in photography. Much of James’ work includes fabricated scenes made before the camera, most of which are influenced by science fiction, fantasy, video games, and mythology. The use of miniatures plays a common role in his picture making process.”