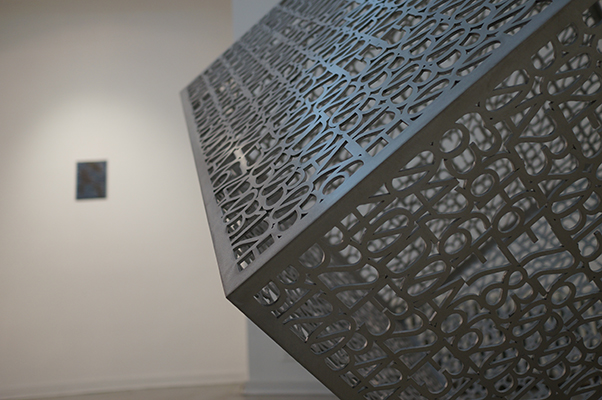 Ashley Zelinskie, US Hexahedron, laser cut aluminum, 5x5x5 ft, 2012
This sculpture was commissioned by the U.S. State Department’s Art in Embassies program for the U.S. consulate in Saudi Arabia. 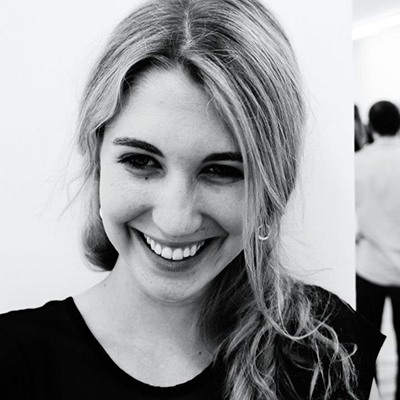 Zelinskie will discuss her artistic process and the meaning behind her artwork. Zelinskie’s work explores a variety of media, from sculpture to computer programs, while incorporating repetitive patterns, recursive structures and computer code, to better pass the story of mankind and human culture into the future so that it may be interpreted by machines.

“Ashley Zelinskie’s work is compelling across a number of scales,” said BFSDoArt Gallery Director Jason Hoelscher. “For one thing, the idea of reconfiguring art—among the most human of endeavors—into modes of experience understandable by some machine intelligence of the future is immediately interesting and strange. The fact that her high-tech experimentation with 3D printers and advanced software emerges from her experience with older, hands-on forms like glasswork, is interesting too, suggesting an interesting balance. Given her range of professional experience, from managing an artist’s studio, showing her work internationally and working on projects with NASA, I look forward to hearing what she has to share with our students.”

Beginning at Rhode Island School of Design, Zelinskie earned a degree in glass, and began to explore the topics of mathematics and computers in her artwork. Since then, Zelinskie’s artwork has been featured in numerous exhibitions from San Francisco to Amsterdam. Although Zelinskie aims for her artwork to be admired by both humans and computers, it is meant for the future.

Zelinskie’s visit to Georgia Southern University is made possible by a generous grant from the Campus Life Enrichment Committee.