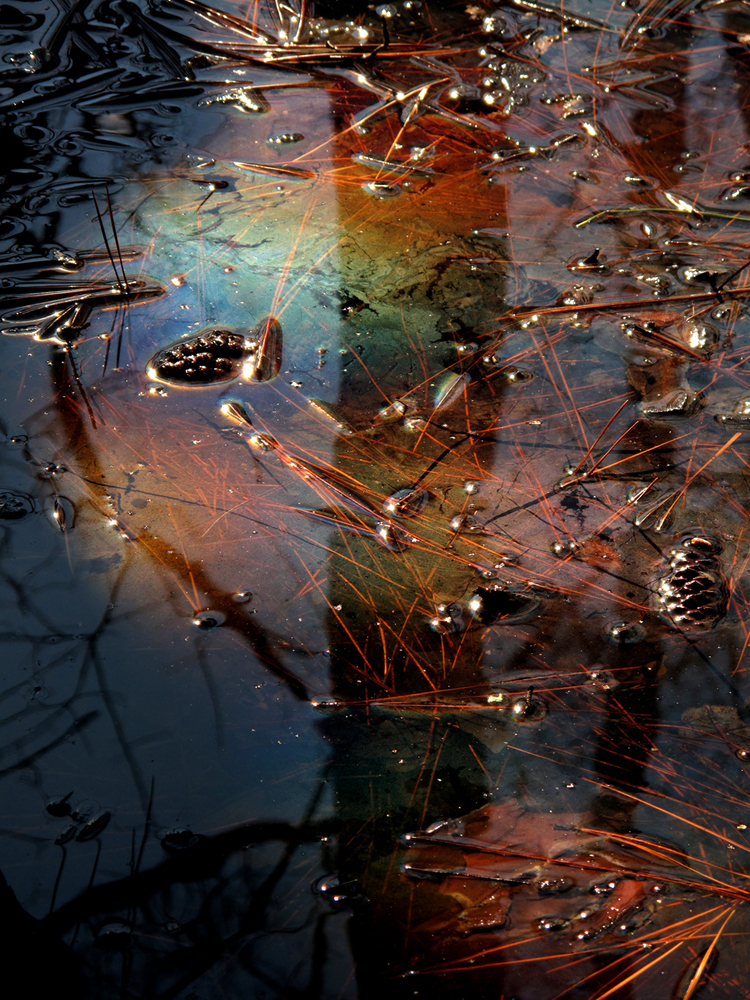 Originally from The Huffington Post
By Priscilla Frank
February 9, 2015

“Photographer Jessica Hines built a house on a swamp in southeast Georgia, not far from Savannah. Her reasoning was simple: “It is home to a large number of animal species and seeing the natural world everyday from my windows makes me happy,” she explained to The Huffington Post. It’s not hard to see why.

There is, however, something uniquely enchanting about Hines’ habitat. Every January and February during sunny days, a film of rainbow light stretches across the swamp’s surface. The colors result from plant oils and pollen forming a monomolecular film that reflects and refracts a spectrum of light. Hines compares it to the colors seen on a soap bubble. When Hines noticed this natural phenomenon, she purchased a pair of chest-high waders to photograph the colors at ground level, at their most intense…”