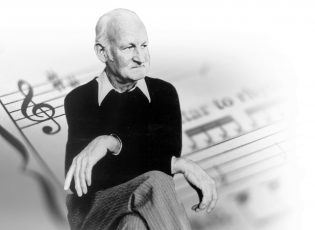 “This concert was started after Harry’s death as a memorial and to fund an endowed scholarship in the music department,” Harris said. “It will be held in his home church where he was the music director for much of his life. The program will feature one of his compositions, a setting of the ‘Ave Maria,’ as well as two compositions by students in the choir.”

Persse joined the Armstrong State College faculty after completing his doctorate in 1965 at Florida State University. He taught and served as the head of the Department of Fine Arts until his passing in 1988. He was also an active composer for most of his life and a choir director for both Armstrong and Sacred Heart Catholic Church.

The winner of the J. Harry Persse Music Scholarship, which is given to the student with the highest GPA in the first three semesters of music theory, will be announced at the concert.

Tickets to the performance are free, and donations to the J. Harry Persse Music Scholarship Fund will be accepted.